An Introduction To We Have Divine Fire 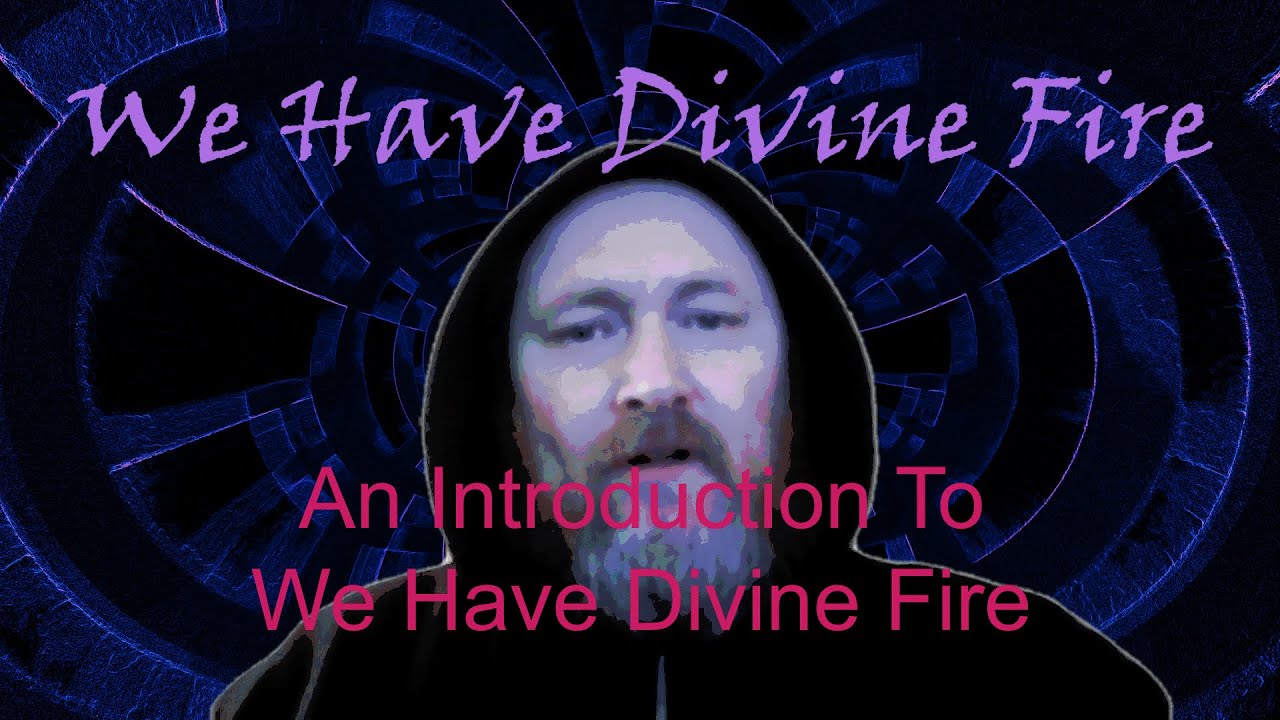 We Have Divine Fire is the solo creative and artistic project of me, James Cook, unconstrained by media and genre boundaries. Based in Bradford in the north of England, the project began during the first UK lockdown of the COVID-19 pandemic in March 2020 as an outlet for my musical creativity during a time when collaboration with my band was not possible and, going forward, it will serve as a unified project for all my solo creative output. Whilst this will always primarily be musical, I hope to explore other creative and artistic ideas using this platform.

No Axe To Grind

I have always considered myself primarily to be a guitarist and in most of the bands I’ve played in over the years I’ve been the bassist. In my solo music I’ve often incorporated electronic elements but on starting work on We Have Divine Fire during lockdown I felt I wanted to shake things up a bit and follow my electronic experimentation to its natural conclusion, and so the idea to write and record an entirely guitar and bass-free album was hatched.

In many ways No Axe To Grind was an exercise in pushing personal boundaries and dragged me into uncharted waters. I had previously produced only rough demos of my solo music and had never produced any band recordings, so I honestly doubted I had the technical skills to produce something with which I would be satisfied. I had, however, been steadily investing in the hardware and software required to do so and the excuses had finally been exhausted. That, combined with the inability to play with my band, Abyssera, meant I was finally pushed into an exciting unknown.

…And so I set to work. Having a full-time job and being a dad means that time is always at a premium, so the writing, recording and production process was necessarily a fragmented one. All in all the album took me just over a year from conception to release. It had originally been my intention to get it finished and released in 2020 but there were times along the way when life, not to mention uncertainty, lack of confidence and disillusionment, got in the way. On at least a couple of occasions the whole project came to a grinding halt as I lost all motivation, but inspiration was never too far away and from the end of 2020 onwards I had well and truly found my muse and got the thing wrapped up.

In 2017, after an eight-year break from music, I was asked to join a new project on bass. The project had been started by a couple of old friends, Chris Wright on vocals and Jonny Pickles (a former bandmate and one of my closest friends) on guitar, and had shortly afterwards enlisted a friend of Chris’, Simon “Cozza” Dodsworth, on keyboards. At the same time as I joined, Chris and Cozza’s friend, Joe Lambert, was also enlisted to play drums. Shortly after that Chris relocated and left the fledgling band, leaving Jonny and me to assume the vocal duties and ultimately form Abyssera in 2018.

Cozza, Joe, Jonny and I bring a wide range of musical influences into a melting pot to create music which is probably best described as some form of progressive rock. In 2018 we branched off to form Abyssera Motion as a sister project dedicated to writing and recording instrumental and primarily synth-based scores for films. We wrote, recorded and, in October 2018, presented a score for Häxan, a classic Swedish horror film from 1922.

Progress for Abyssera and Abyssera Motion is often slow, owing to full-time work, shift patterns and family life, but then the pandemic and subsequent lockdowns starting in 2020 further profoundly hampered our process, but in 2021 work on recording our first set of songs started again in earnest and we are eager to get our music out to the world.